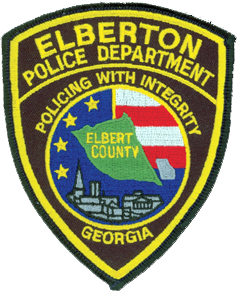 Elberton Police Chief Mark Welsh said Wednesday that two “block parties” that drew an estimated 200-to-300 people at two locations in east Elberton last weekend are leading him to take actions to keep it from happening again.

The “block parties” occurred in the general area of Harmony Drive and Burke Street and another party occurred in the public parking area of the Blackwell Cultural Center. According to to Welsh, several people at the gatherings were from Athens.

Welsh, whose department will be posting a warning about holding the “block parties” sometime late Wednesday morning, said the actions are a danger to public health in Elberton because of the potential spread of the novel coronavirus (COVID-19).

“One of the parties was hosted by a private individual who hired a DJ,” Welsh said. “The residents in the area were terrified by this and who can blame them? They have every right to be upset.”

Welsh said the Elberton Police Department will begin enforcing disorderly conduct laws, reckless conduct laws and unruly house laws to combat those kind of gatherings, which he considers a grave danger to the citizens of Elberton.

“We are going to enforce laws against public gatherings on city properties, city parking lots and things like that,” said Welsh. “We have also contacted owners of rental properties and told them that we will be making cases for ‘disorderly house’ and that they need to let their renters know that we will be enforcing that.”

Welsh said he is asking people to use common sense.

“This is extremely dangerous stuff we are dealing with (COVID-19),” said Welsh. “The officers on the street are going to enforce those laws.”